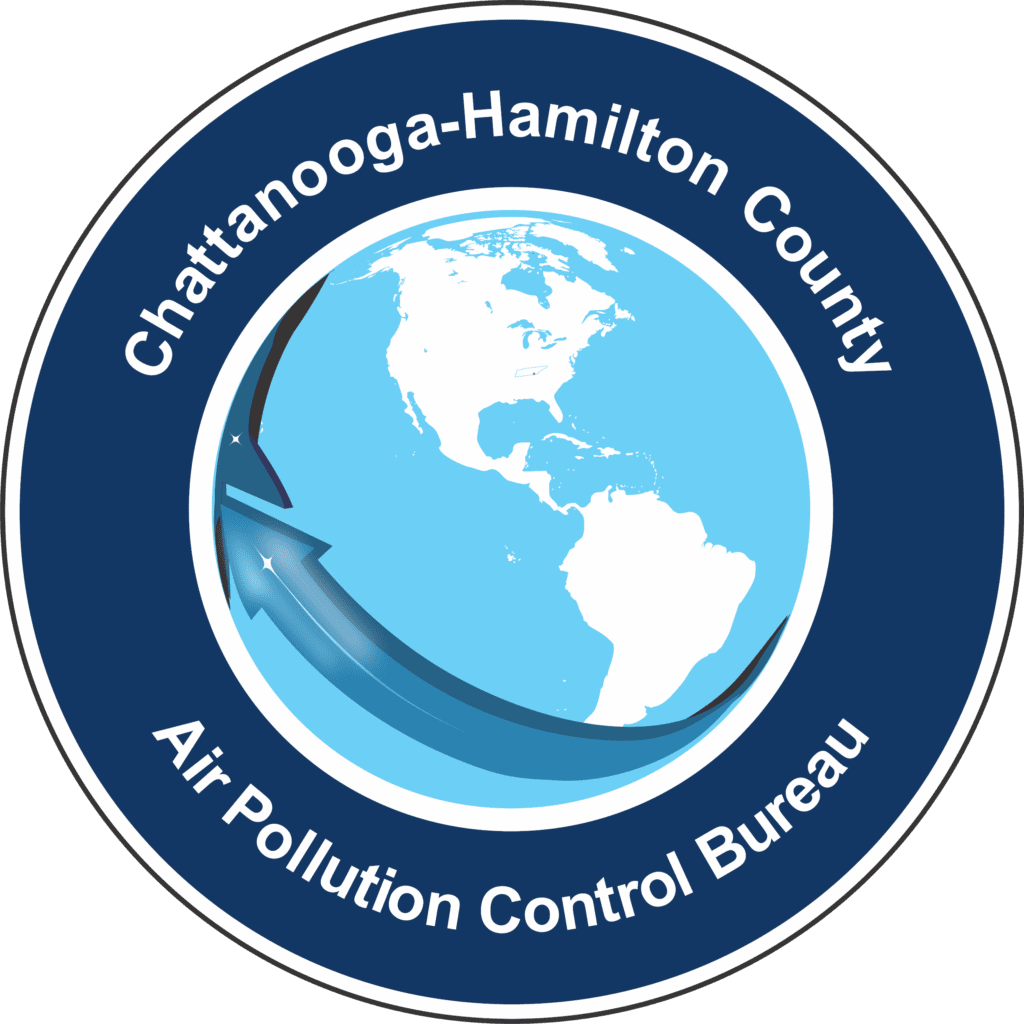 In Hamilton County, the Air Pollution Control Board and the EPA have primary enforcement authority for air pollution regulations.  We have been granted a Certificate of Exemption, which means that the State of Tennessee has relinquished its primary authority to enforce air pollution regulations within Hamilton County and its included municipalities.

Citizens and industries are given the opportunity to comment on proposed changes in local air pollution regulations.  Citizens who wish to become involved in the process are encouraged to get involved with their local governments and to talk with their city and county representatives about their views.  Interested citizens are also invited to attend Air Pollution Control Board meetings.  Board meetings are usually held on the first Monday of the month at 5:00 p.m.  A meeting notice is published in the “Legal Notice” section of local newspapers during the week before each Board meeting.

The Bureau responds to all complaints received concerning possible visible emissions from area companies, burning, odors and suspected asbestos materials.  Complaints within Bureau jurisdiction are investigated, while those that are outside of our jurisdiction are referred to the appropriate agency or group. A copy of the written report resulting from our investigation is provided to all complainants who request one.

For local regulations please see the Chattanooga Air Pollution Control Ordinance, which serves as the basis of all air pollution control regulations.  Similar regulations have been adopted by Hamilton County and the included municipalities.  The following table cross references the Chattanooga Air Pollution Control Ordinance with those in Hamilton County and the cities of Collegedale, East Ridge, Lakesite, Lookout Mountain, Red Bank, Ridgeside, Signal Mountain, Soddy Daisy and Walden.  The only variation in these regulations is the fee charged for seasonal burning permits, which can be found here.

When violations are discovered, the Bureau proceeds with enforcement action(s) deemed appropriate.  Enforcement action typically begins with the issuance of a Notice of Violation (NOV) to the alleged violator.  The NOV is followed by a Director’s Conference (Conference), at which  the Director, Bureau staff and the alleged violator(s) discuss the violation to learn how and why the incident occurred.

If the Director decides that the matter is serious enough to warrant recommending civil penalties and possible remedial action, the matter will be presented to the Air Pollution Control Board.  In most cases, a proposed agreement, called a Consent Order, between the alleged violator and the Board will be drafted. The Consent Order will state the violation, provide for civil penalties, and may include a plan to bring the violator into compliance. If the Bureau and the alleged violator agree upon the terms of the proposed Consent Order, it is presented to the Board. The Board then decides whether to accept the terms of the tentative settlement.

If the Bureau and the alleged violator cannot reach an agreement, the Bureau has the option of bringing the case before the Board in a contested hearing or taking the matter to court. In that event, the Board or the court will hear the evidence and arguments, determine whether a violation has occurred, and decide if any penalties and corrective actions will be required.  If the alleged violator does not agree with the Board’s or court’s decision, further judicial review is available.

At any time during the enforcement process, the Bureau and Board may refer a matter to the United States Environmental Protection Agency (EPA).  The EPA has the authority to enforce environmental laws and assists local and state programs in their enforcement efforts.  Also, if the EPA decides that local enforcement has been inadequate in a particular case, or if it has targeted a particular type of industry, it can over-file and enforce federally-approved limitations.

All enforcement cases are a matter of public record.  Interested citizens may view these files during normal business hours at the Air Pollution Control Bureau’s offices at 6125 Preservation Drive, Ste. 140, Chattanooga, TN 37416-3740.

The Chattanooga-Hamilton County Air Pollution Control Bureau is one of four counties in Tennessee with a local air pollution control program.  These four counties are Davidson (Nashville), Hamilton (Chattanooga), Knox (Knoxville) and Shelby (Memphis).  The remaining 91 counties are served by the state’s Department of Environment and Conservation (TDEC).

Hydrocarbons were dropped from the criteria pollutant list because controlling for ozone would also control hydrocarbons (the precursor to ozone).  Lead pollution has never appeared to be a problem in Hamilton County.

As stated on The Division of Air Pollution Control’s page:

“The Division of Air Pollution Control is directed to maintain the purity of the air resources of the State of Tennessee consistent with the protection of normal health, general welfare, and physical property of the people while preserving maximum employment and enhancing the industrial development of the State.

The Division directly serves 91 counties within the state and oversees and assists in the actions of Davidson, Hamilton, Knox, and Shelby counties, which have their own local air pollution control programs.

The Division establishes emission standards and procedure requirements to monitor industries in the State through the issuance of construction and operating permits.  Established to carry out control and abatement of air pollution, the Tennessee Air Pollution Control Board adopts regulations, holds hearings, and initiates court actions to enforce regulations.  Division staff function as the administrative agency of the Board.  Other duties include conducting source visits and compliance inspections, developing enforcement cases on violations of the regulations, maintaining surveillance of the state’s ambient air sampling stations, performing and observing stack tests, certifying persons as Visible Emissions Readers, and collecting and disseminating information relative to the control of air pollution.