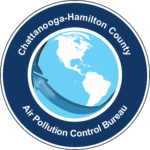 August 11, 2022: (Reposted from Times Free Press – www.timesfreepress.com)
Chattanooga was awarded a $4.57 million federal grant Wednesday for an integrated, smart transportation management system for electric vehicles so drivers can find charging stations.
Mina Sartipi —director of the Center for Urban Informatics and Progress, one of the city’s partners in the project — said she was excited to learn about the grant, especially since matching funds from municipal and industry partners bring the total investment to $9.2 million.

“This is a three-year plan,” Sartipi, a graduate-level faculty member at the University of Tennessee at Chattanooga’s College of Engineering and Computer Science, said Wednesday in a phone interview. “This will make Chattanooga the largest urban test bed for smart transportation.”

Chattanooga’s system, dubbed the End-to-End Decision Support System for Integrated Smart Electric Grid and Transportation System Management, will accelerate the deployment of clean transportation, according to Sartipi and federal officials.

The project will enable networkwide coverage to provide personalized data that can link electric vehicle users to available charging stations, and it will have other uses, too. The city’s new system is funded by the U.S. Department of Transportation’s Federal Highway Administration’s Advanced Transportation and Congestion Management Technologies Deployment grant. The money will pay to deploy advanced technologies to help drivers locate and manage access to charging stations.

The city already has a test bed of technology in the “Smart Grid” along the M.L. King Boulevard corridor, and that gives the plan a starting point, Sartipi said. Early on in its use in 2019, the cameras and sensors along the corridor were able to detect not only traffic movement but even jaywalkers and cars that veered into the bike lane. “The goal for this is to be able to expand the test beds that, currently, we have in the city of Chattanooga to monitor the traffic and improve the traffic management system,” Sartipi said.
Electric vehicles will come into play in determining where charging stations are needed most, she said.
“It kind of brings in everything; that’s why we call it End-to-End Decision Support,” she said, noting the system will combine data from EPB, the municipal utility’s Smart Grid, city traffic monitors and electric vehicle users. “Based on that, we can come up with personalized charging opportunities and be able to also to monitor citywide traffic operations.”

In the project’s third year, Sartipi said project officials will begin to study and measure its effect.
Chattanooga was the only Tennessee entity on the list of grant recipients. In the Southeast, the Alabama Department of Transportation, Florida Department of Transportation and Hillsborough County, Florida, and the Kentucky Transportation Cabinet also were grant recipients, according to grant information.
“With these grants, the Biden-Harris administration is helping communities deliver modern transportation systems that connect people to where they want to go more affordably, efficiently and safely,” U.S. Transportation Secretary Pete Buttigieg said in the news release. “We’re pleased to support these innovative solutions that will improve driving and public transit for Americans in urban, suburban and rural areas alike.”

The “grants promote innovations that help expand access to transportation for communities in rural areas and cities alike, improve connectivity and prepare America’s transportation systems for the future,” acting Federal Highway Administrator Stephanie Pollack said in the release. “Chattanooga’s project will use the grant to facilitate access to EV charging stations and support clean transportation.”
The federal program funds early deployments of forward-looking technologies that can serve as national models, officials said in the release.
The Bipartisan Infrastructure Law continues the federal grant from 2022 through 2026 at the same level of funding, with a greater focus on rural transportation, transit, paratransit and protecting the environment,
according to officials.

OTHER EV PROJECTS
Electric vehicle owners passing through Chattanooga will also benefit from a charging site along an interstate planned by EPB that is part of the “Fast 50” initiative across Tennessee to ensure there are rapid rechargers every 50 miles for all battery-powered vehicles on major highways in the state. EPB is among a dozen local utilities sharing $5.2 million in grants in a recent round of assistance the state of Tennessee is providing to add 32 fast charging units at 13 sites across the state.
By next summer, Chattanooga’s EPB, the Sequachee Valley Electric Cooperative in Dunlap and the cities of Dayton and Athens will be among the local governments adding rapid recharging stations in each of their cities.

According to the online recharging service plugshare.com, Chattanooga already has about 175 public charging stations — one of the highest numbers of any city in Tennessee. Tennessee is the biggest producer of electric vehicles in the South and one of the biggest EV-producing states in the country. Nissan in Smyrna, General Motors in Spring Hill and Volkswagen in Chattanooga are making electric vehicles, and Ford Motor Co. and the Korean battery maker SK Innovation are building a$5.6 billion electric vehicle and battery plant in West Tennessee.
According to the U.S. Department of Energy Alternative Fuels Data Center, there are 12,160 battery-powered vehicles registered in Tennessee as of Dec. 31, 2021. That figure is outpaced by neighboring Georgia with 34,020, Virginia with 30,660, and North Carolina with 25,190.

Meanwhile, Tennessee leads other neighbors such as Missouri with 10,050, Alabama with 4,750,Kentucky with 4,220, Arkansas with 2,390 and Mississippi reports no electrics at all among its registered vehicles. California leads the nation with 563,070 registered electric vehicles followed distantly by Florida with 95,640 and Texas with 80,900.